Carried out in 2019, the main objectives of the survey were to measure satisfaction with the quality of service received, determine rider appreciation with the various service aspects and monitor the progress of results. 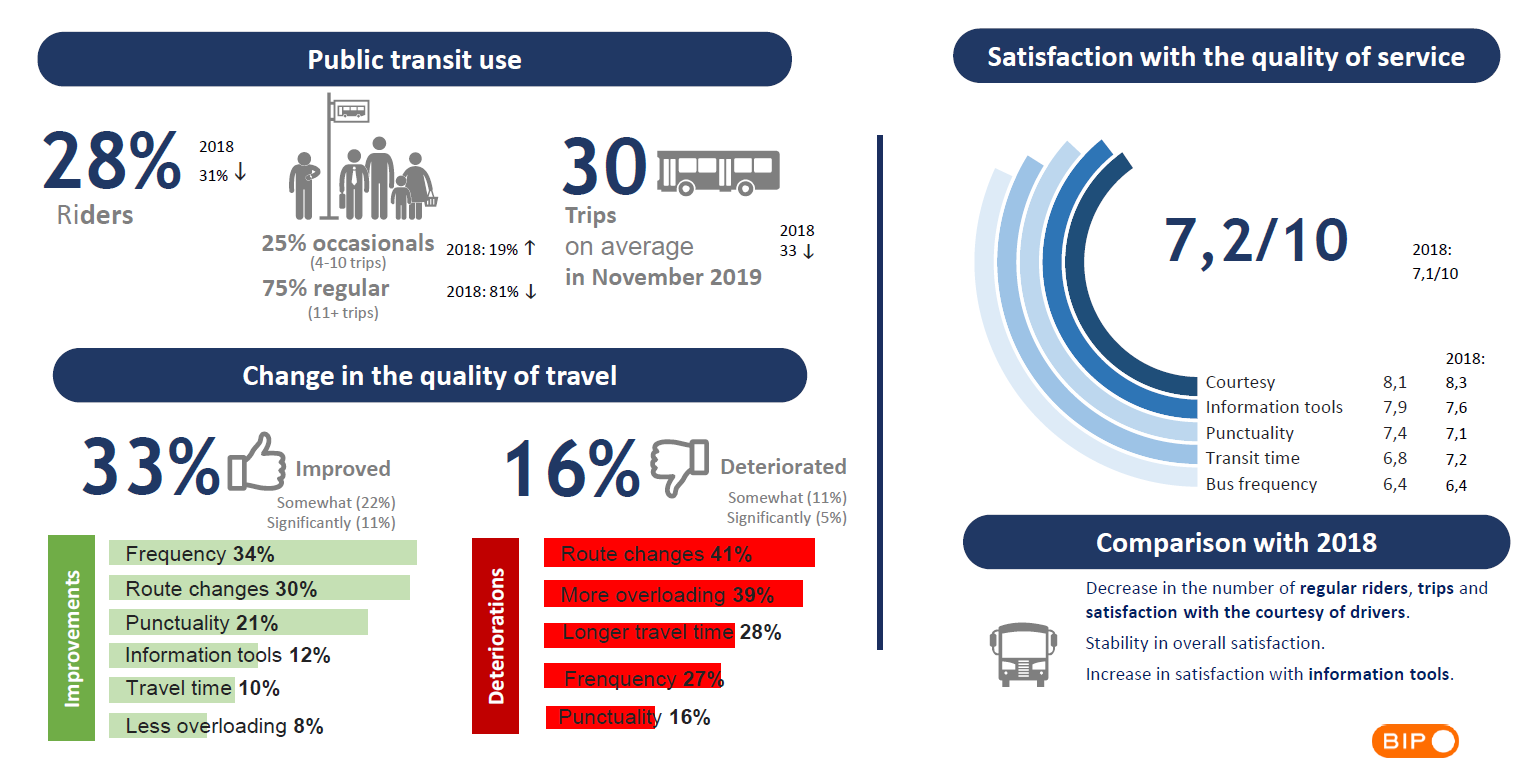 Satisfaction with the quality of service offered

The overall satisfaction with the quality of service offered by the STO is stable. The satisfaction is higer in Hull (except Plateau).

Change in the quality of travel

Half of riders (45%) feel that the service provided is similar to last year. One third think the quality has improved (33%), which is twice as many as those who felt it deteriorated (16%).

A greater number of riders in Hull, du Plateau sector, and occasional riders felt the service improved over last year.

The satisfaction survey about the services provided by the Société de transport de l'Outaouais (STO) was conducted by BIP Recherche among Gatineau residents aged 18 and over, who made at least four trips on the STO system in November 2019.

This survey is part of a continuous satisfaction assessment that the STO has been conducting since 2008. The purpose is to measure rider perception of the services offered by the STO throughout the entire system.

The 10-point satisfaction scales can be interpreted as follows: