Changes to some schedules and additional trips

Starting September 12, adjustments to certain schedules and trips will be made to the fall service.

Use the Plani-Bus to plan your travel by selecting a date after September 12.

Starting Monday, August 29, there will be changes in our system. Due to labour issues throughout the organization, the STO has had to reduce its offer of service in order to ensure more predictable bus schedules and thereby enable customers to plan their trips.

As a result, a number of weekday trips have been removed from the schedule, some of them between 11 a.m. and 2 p.m., in order to minimize the impact on the afternoon peak period service.

Customers are asked to revalidate their schedules with Plani-Bus and to check before heading out. The Transit app, with real-time bus movements, the @STO_direct Twitter account, and the Customer Service Centre will be available during business hours.

We regret any inconvenience to customers because of this temporary situation. You may rest assured that we are doing everything to restore service levels as quickly as possible.

Closure of the Les Promenades Terminus/Park-and-Ride

The Les Promenades Terminus closes on August 29, as will its Park-and-Ride. The bus stops have been relocated to Chemin de la Savane, as shown on the map below. 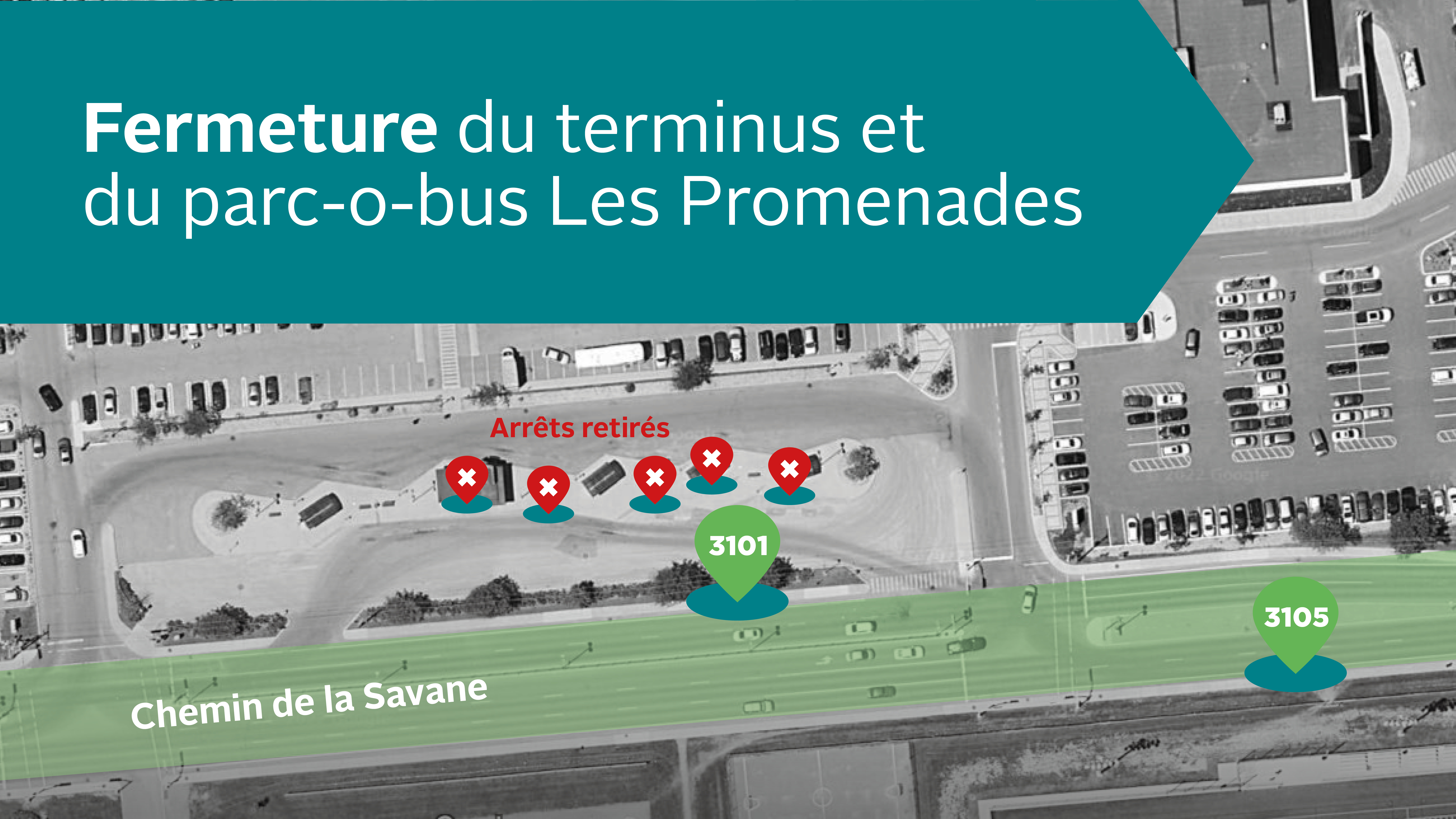 Closure of the Centre Robert-Guertin Park-and-Ride

Another closure takes place at the same time as the fall service comes into effect. The Centre Robert-Guertin Park-and-Ride is permanently closed.

You can also use the Transit app to set your itinerary.

Customer Relation is also there to help you and answer your questions during business hours. Simply call 819-770-3242.